There are so many wonders of Seaweed.  We became connected to it through making Seaweed Bio-Fertilisers and Liquid Supplements for Livestock for many years. The story began with us wild harvesting seaweed after the big tides at a beach nearby, washing it down and through applying natural farming principals, we made the best Seaweed Fertiliser imaginable. 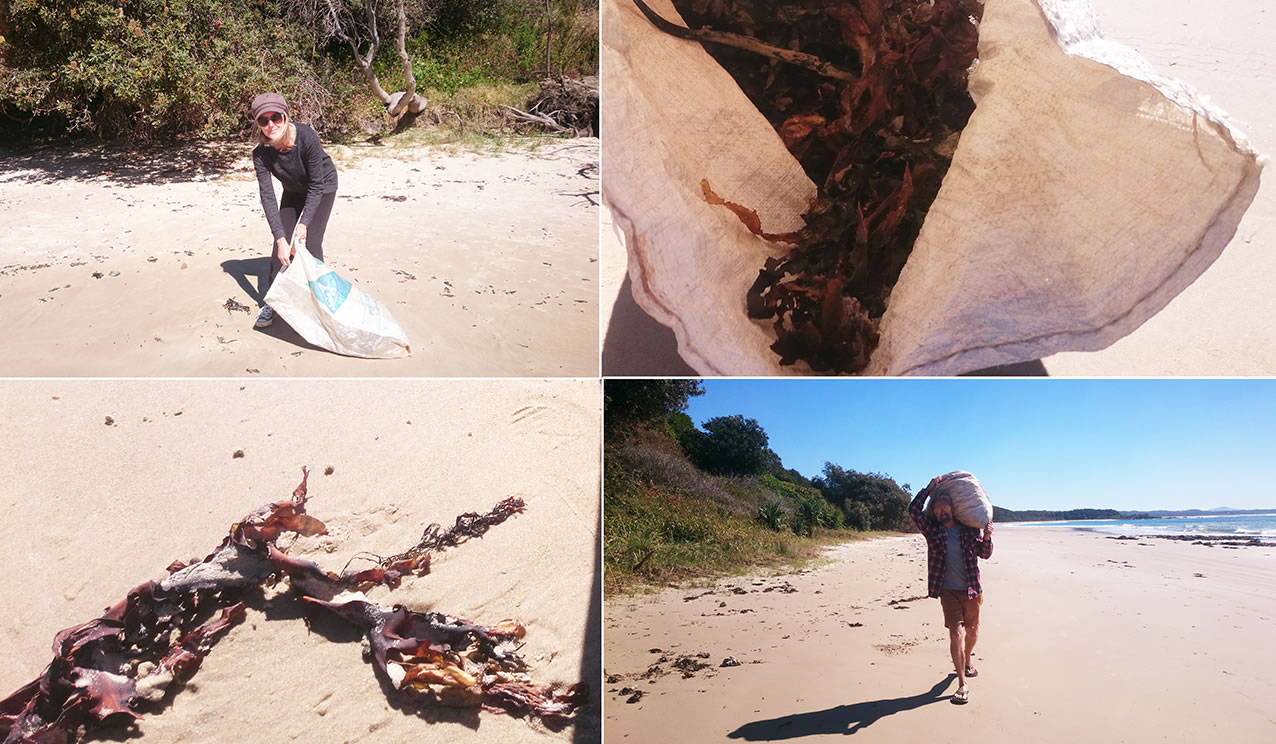 But there is so much more that can be done with Seaweed which is why we didn’t hesitate to start stocking it to sell as one of our primary soil care products. 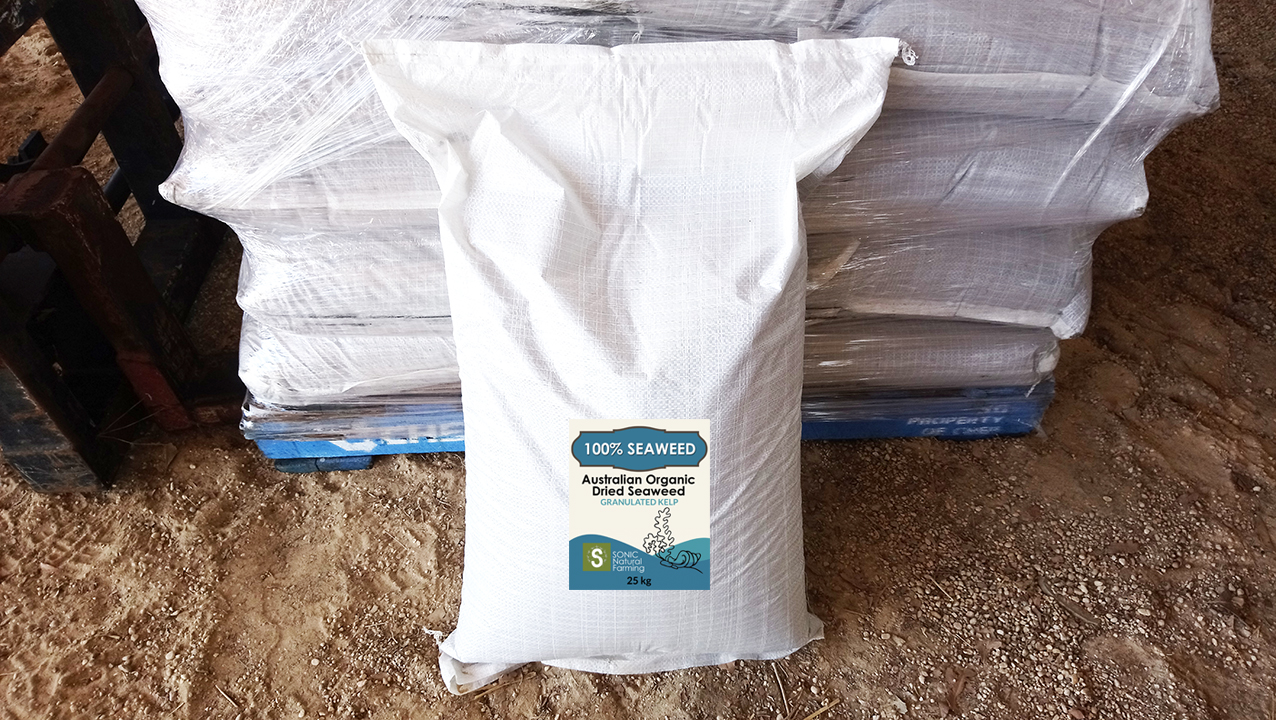 The 7 Great Wonders of Seaweed Include;

1. Seaweed has a chelating ability

Seaweed in itself is not a plant food, but is rather classified as a “bio-stimulant.”  Seaweed contains a chelating compound known as mannitol, which chelates micronutrients into forms that are readily available for plant use.  The chelating ability of mannitol helps to release locked up minerals in garden soil.

Seaweed stimulates the soil’s beneficial microbial activity, particularly in soil around the feeder roots where the beneficial fungi and bacteria known as “mycorrhizae” exist.  The mycorrhizae are in the area of the soil known as the “rhizosphere” and the microbial activity here, created by the seaweed, improves the plants ability to form healthier, stronger roots.

When Seaweed is applied to the foliage of plants the leaves rejuvenate stimulating photosynthesis.  And as the plant absorbs sunlight it also takes in the nutrients in the seaweed.

Seaweed improves resistance to frost and disease because it contains a hormone called Auxins that attribute to stem strength.  Auxins occur in the roots and stems during cell division. They move to areas of cell elongation where they allow the walls of cells to stretch.

5. Auxins in Seaweed give fruits and vegetables a naturally longer shelf life

This is known as delaying senescense: the deterioration of cells and tissues that results in rotting.

In recent years the results of scientific research provided evidence that Seaweed microelements are considerably higher than in terrestrial plants.  Plants use tiny amounts of the micronutrients often measured in parts per million which is why foliar spraying can be an effective way to deliver these nutrients to the plant.  Seaweed also contains micronutrients such as iron, copper, zinc, molybdenum, boron, manganese and cobalt.

Alginin is (sponge like starches) found in seaweed that hold droplets of water near the plant roots allowing the roots to take up moisture without getting over watered. 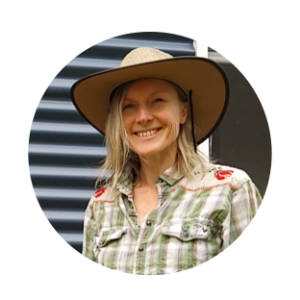 At the end of the day, farming is all about producing food.  Blog author Sonja Kallio writes about supporting farmers and growers to adopt a regenerative approach with growing, to increase the nutrient density of food for a healthy population and a healthy planet.

Why is Nutrient Dense Food Important?

We have been led to believe that chemicals are more useful than they are harmful.  But studies showing up in our Health Surveys indicate otherwise....
Read More

How to Make Charcoal Toothpaste

Charcoal has long been used as a teeth whitener, even given it's colour.  But besides giving you shiny smooth teeth, by making your own toothpaste,...
Read More

3 Good Reasons To Grow Your Nutrition

I believe nutrient dense food saved my life.  In 2007, for no obvious reason, my body became completely depleted and exhausted and suddenly I was...
Read More

5 Benefits of Interplanting in the Vegetable Garden

Everyone has a different mechanism for coping when it comes to stressful situations, however stress is usually always a result of over thinking.  It...
Read More

Soil is one of the most important things for future human and animal health.  Whether you are farming vegetables, trees or animals, the health of...
Read More

Amazing Benefits of Comfrey in the Garden and on the Farm

Comfrey Compost Activator Comfrey is one of our favorite plants because it grows easily and has many amazing properties, one of which is used as a...
Read More

Why Soil Microorganisms are Vital to Your Gut Health

The human microbiome has become a major field of research, especially the intestinal microbial community, which plays a huge role in human health...
Read More

What makes a Bio-Fertiliser Biologically Active?

Without microbial life in the soil all that exists is dirt Dirt cannot deliver minerals to the plants because it is not in a biologically available...
Read More